In case you weren’t able to attend, we’ve written up the ten things we learned from the conversation with Gary.

If you haven’t yet read our BrightonSEO event recap here is Part 1.

1.Google Are Working on a Different Way of Dealing With ‘First Click Free’ Sites

Gary confirmed that Google are changing how they deal with sites that have a paywall after a certain number of clicks. Google want to see how they can work better with publishers to ensure that users are getting what they’re looking for and in a search engine friendly way.

Experiments have been conducted between Google and the New York Times and Financial Times on new solutions but Gary has no further news.

2. Fred Isn’t a Single Algorithm Update But A Whole Range of Changes to Algorithms

2-3 updates are made to the ranking algorithm every day. Gary said it was very likely there was an update on that day but Barry Schwartz asking for a name for the update. So Gary told him every single update will be called Fred.

Every update is around the general and perceived quality in the webmaster guidelines. When something changes, that modifies the guidelines, then Google communicates this via updated guidelines or through journalists.

95%-98% of these updates are not actionable for webmasters. Fluctuations always happen but you should focus on having a high quality site with lots of people talking about your brand via links, social networks etc.

3. SEO Forecasts Get it Right Most of the Time

However, if you were to write a script that generates a graph based on random data and with a spike every day, that will also be accurate because Google makes changes every day.

There have been a couple of cases where the fluctuations that Google reported internally were less severe than what MozCast was reporting.

4. Machine Learning is a Generic Tool Used Across all Google Products

Machine learning isn’t only used in RankBrain, it is a generic tool Google use for many things to find patterns that a human couldn’t. Google is using machine learning across all of their products.

5. No Changes Planned for Penguin

Gary hasn’t heard about Penguin for a long time. Google made a few small changes and switched to real time a year ago, but are now letting it do it’s own thing.

Gary doesn’t think doing audits very often makes sense, as Google is good at ignoring links. If they see links are coming in organically, then it is extremely unlikely you will be hit with a manual action. Gary doesn’t have a disavow file for his site which has been up for four years.

Gary thinks there is value in fixing internal and external links, but keep context in mind. If a link to a poor article (which has nothing to do with your site) links to your site, Google will ignore it because the context doesn’t match.

8. Watch Out For Mobile-first Updates in the Coming Weeks

Gary hopes they will talk more about Mobile-first indexing in the next few weeks. Gary is preparing a blog post on the updates around Mobile-first.

If Google’s experiments show that they can move to the next stage, they will publish Gary’s post and give more details about the Mobile-first Index.

Gary says not to worry too much about the update, especially if you have a responsive site.

9. Google is Looking at Ways to Deal with AMP Preview Pages

For sites putting a snippet of content on AMP pages to get in a carousel and then linking to a full article, Google are aware of this trend and are looking at ways to ensure users get a good experience.

10. No Plans for Added AMP or HTTPS Boost

Google prefers organic addition rather than pushing for things with boosts. No plans on increasing the HTTPS boost. 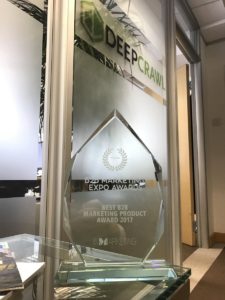