Notes from the Google Webmaster Hangout on the 6th of April 2018.

If Google judges that a site’s content isn’t equivalent on mobile and desktop then it probably won’t be switched to mobile-first indexing.

Noindexed pages will be remembered and crawled by Google. They should be removed from sitemaps.

Sites with ‘a couple hundred thousand pages’ or fewer don’t need to worry about crawl budget, Google will be able to crawl them just fine.

The March 7th Algorithm Update Was About Relevance Rather Than Quality

The March 7th update was around relevance, so ranking losses won’t have been about a site’s quality but how relevant it actually is for the search queries it ranks for. John recommends getting objective user feedback on how you can better serve them.

If you are searching for the old domain name after a site migration then Google will try to show it to you even if it has recognised the new one. The best way to see if a migration has worked is to search for generic non-brand queries.

In the new Search Console the noindex errors are differentiated by the source of the URL. Google will assume an error on your side if you submit a noindexed URL, as opposed to finding noindexed URLs found through crawling.

Test JavaScript Frameworks With the Rich Results Feature in GSC

Use the rich results feature in Google Search Console to test JavaScript frameworks as you are able to see the rendered HTML and check that all the elements have been pulled in.

Mobile-first indexing won’t cause ranking differences between desktop and mobile because with mobile-first the mobile content will be used for indexing for both devices.

Google’s Web Rendering Service is still using Chrome 41 even with mobile-first indexing starting to roll out, but it will be updated to a newer version of Chrome in the future.

Google looks at the overall picture when assessing site speed because optimising for individual metrics such as time to first byte (TTFB) might not actually improve the overall experience for users.

HTTPS is Used as a Tiebreaker Signal in Deciding Rankings

Switching to HTTPS won’t boost rankings significantly but it is used as a tiebreaker when Google is trying to decide which page to rank if all other factors are at a similar level.

HTML improvements create a problem for markup because structured data needs clean HTML otherwise it can be broken apart.

Having imagery within a body of text doesn’t provide any SEO signals that will tell Google that it is better than a piece of content without imagery.

Rachel Costello is a Technical SEO & Content Manager at DeepCrawl. You'll most often find her writing and speaking about all things SEO.

Site Query Google’s ‘Site:’ query is optimised for speed not accuracy, so it’s not always accurate but more of a…

Notes from the Google Webmaster Hangout on the 6th of October, 2017. Appearance in Top Stories Is Determined Algorithmically The… 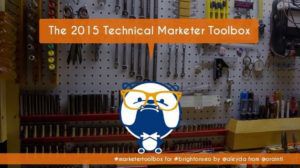 Register to receive our emails