Notes from the Google Webmaster Hangout on the 24th of February, 2017.

Crawling Might be Blocked on a Blacklisted IP, Network Configuration or Bot Protection

Google doesn’t block the crawling of a specific domain, but you could be on an IP which has been blacklisted or have a network issue. Check if other sites hosted on the same server are having similar problems. Sometimes a bot protection on a server can cause issues.

Pages can have multiple hreflang tags going to the same page for different countries.

If Google doesn’t show a searchlink search box, the markup won’t make it appear. It just allows searches to take place on the site instead of Google.

Hreflang Pages Can Be Canonicalised to One Version

If you hreflang a set of pages, and canonicalise to one version, Google may show the different URLs but all with the title and description of the canonical version. However John advises against this configuration.

If Google Search Console is reporting a large number of unauthorised errors, it might be caused by a server configuration which is blocking Googlebot.

You should add AMP links to your mobile pages.

Videos Hosted on Google Drive ‘should’ be Indexable

John thinks that Google will index videos hosted on Google drive and show a video snippet for the page which links to it.

Fetch and Render Will Show Rendered HTML in the Future

To help diagnose issues with JavaScript based sites, Google is working on changing Fetch and Render to show the final HTML instead of just showing an image, but John couldn’t give a timeframe for this to be released.

You can use any of the supported markup types, but you shouldn’t mix types for a single item.

Schema Crawling Google will usually recognize new or updated schema markup on a page within 1 or 2 crawls, but… 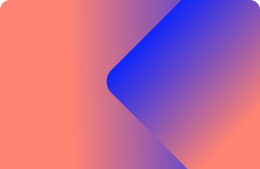 Notes from the Google Webmaster Hangout on the 11th of December 2018. Don’t Include Structured Data Where There is No…