How to build an all-star SEO team

The latest in our ongoing webinar series is a deep dive into SEO teambuilding.

Our guest this week is Director of SEO at Shopify, Kevin Indig. In this conversation with DeepCrawl’s Ashley Berman-Hale, Indig gives us some excellent insight into how he has helped shape the 100-person organic growth team at the business, as well as discussing the importance of diversity, balance and self-care as a manager.

Here are our key takeaways from the conversation.

What do you think about before you even start writing the job description?

Indig is clear about how much of an impact hiring the right person for the job will have on the success of the business. In short, it is massively important.

When it comes to working out who he needs to hire, Indig is ultimately goal-oriented.

‘This is the best guide to make the decision,’ he says. ‘What are your goals? What are you going to leverage?’

The answer to these questions then helps steer the recruitment drive towards those with the right set of skills. If a content marketing strategy is being developed, what kind of content is needed? If there is a gap in tech SEO, are people with experience in indexing or link-building going to help take the company forward?

Is it better to hire a junior who is eager to learn or someone with experience who might be stuck with their own way of doing things?

In his answer to this Indig points to the soccer team analogy, highlighting that the best teams often have a balance of seasoned professionals with years of experience, as well as younger players who might be more inclined to take a chance or do things differently.

‘You want a mix,’ he says. ‘You want some people who have “done it before,” but you also want fresh talent who challenge assumptions and bring new ideas to the table.’

How do you approach diversity?

The theme of team balance comes into Indig’s ideas about diversity too.

Indig is mindful of the moral obligation for managers to promote equal opportunities in business. He also acknowledges that new staff members increasingly want to be hired by a workplace that reflects them to some degree. It is helpful, therefore, if that workplace has a level of diversity already.

Additionally, Indig points to a workplace that is diverse as also being closer to that ideal state of balance. We see it with the diversity of age and the soccer team. But for a Indig, diversity of gender and cultural background also make for a more balanced and successful work ecosystem.

Indig refers to patterns of issues he has seen occur and reoccur when the balance isn’t there. From too much conflict, to having lots of ideas and no team member to execute them. For him, diversity of people in terms of gender, race, background is a good step to ensuring these issues arise less frequently – and diversity of personality (he refers to Enneagram types as being helpful here, too) is another safeguard for this.

Were there breaking points with team structure that meant you had to rethink when you grew?

Indig is clear that re-organisation as you scale up is a skill in and of itself. But a strong organisation has to be adaptable.

As soon as Indig arrived at Shopify he sought to restructure the SEO team from a horizontal approach to a vertical one set up by functionality across tech SEO, experimentation SEO, international, and content.

But this is always in flux and search moves very quickly, with a further three reorganisations happening as the team has scaled up and the landscape has changed.

What advice do you have to keep progressing your SEO team?

Indig strives for a balance on letting people grow but expecting more from them over time.

‘You want to match your strongest people with your biggest opportunities,’ he says.

But he is wary that business needs to move away from the idea that you have to be a manager to progress your career. Alternatively, he seeks to talk with staff members about where they want to take their career and to try and work out where it overlaps with impact.

‘Management is really hard, a constant cognitive load,’ Indig says, clearly drawing on his own experience. ‘Some people become managers then realise they don’t want to do it – it’s a gift to realise that and be honest with yourself.’

How are you finding your own self-care when it comes to managing 100 people?

Indig clearly loves managing a large and fast-growing digital team, but he is honest that it is not a job for every personality type.

And, crucially, if you don’t prioritise self-care you may run into difficulties.

He highlights that he had to learn how much capacity for work he has and to ensure that he does plenty of “non-brain stuff” such as working out and meditation to deal with the aforementioned constant cognitive load.

He also values writing and keeping a journal, which helps him clear his head before trying to sleep.

How do you work on handing out the right balance of work to team members?

For Indig, the best teams should not have anyone who is overworked and staff need to be able to admit this to managers.

‘You need to establish a safe space in which people feel comfortable to push back,’ he says. ‘If you want to keep tabs on people’s capacity its going to get really heard after a certain size of team, so the responsibility is on them to say whether they can or cannot assist with a project. But they have to be comfortable to be able to be honest: to say yes, to say no, or to say yes but I will have to sideline something else while I work on this.’

What are the biggest risks for churn in your team?

By way of tying up, Indig points to three key risks for churn today. They are:

It is the final point, here, that is perhaps the most important. In short, people shouldn’t be afraid to fail at work. And they shouldn’t feel afraid to speak out.

Again, as Indig and the success of Shopify exemplifies, all-star SEO teams need to be balanced, diverse and everyone needs to feel cared for and appreciated in their day-to-day work and in the context of their future careers.

Watch the webinar again in full

Kat takes care of Deepcrawl's Brand and Communications. She has 8+ years of experience in brand building and has both a CIM LV6 and a BA in Graphic Communications. Outside her time in tech, Kat is a professional photographer. 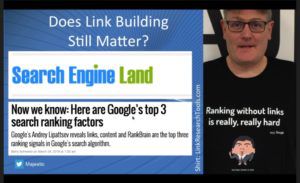 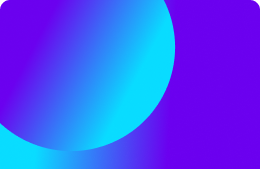 What makes SEO one of the most cost-effective marketing channels in 2022? The latest episode in Deepcrawl’s ongoing webinar series…

Webinar Recap: Future of SEO with John Mueller & Ashley Berman Hale For our last webinar of the year, a…